The new flagship model of Casio Keyboard lineup has given the arranger keyboard a bright future. 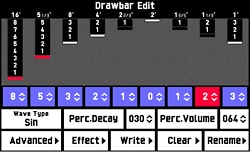 CASIO’s refined digital technologies faithfully reproduce the old mechanical tone wheel organ sounds that are popular among rock and jazz fans. Not only the peculiar tremors of the organ’s rotary speakers, but even its leakage noise, are accurately replicated. The developers’ devotion to duplicating the deep, heavy resonance of the traditional tone wheel organ has generated a rich supply of flavorful sounds.

A built-in Hex Layer (MZ-X500 only) overlays up to six different tones to produce polyphonic sound that contributes to powerful musical expression. A Bass Synth function that generates monophonic sound and portamento reminiscent of traditional analog synthesizers is also built in. 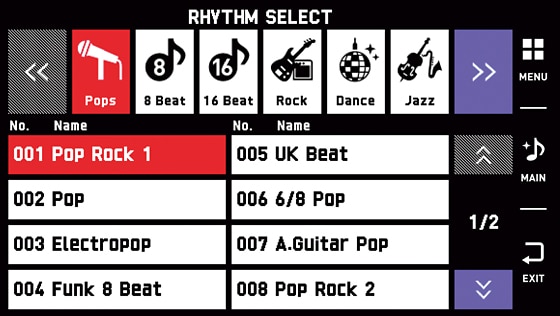 The traditional rhythms of Latin, European, Middle Eastern, Asian and other cultures around the world are incorporated along with such enduring favorites as rock, jazz and pops rhythms. Players can also set automatic accompaniment functions such as Auto Fill-in, Break, Intro/Ending and Synchro Start/Stop to produce their envisioned performances to perfection. The system’s ability to handle tension chords as well makes it easy for players to incorporate technical arrangements into their performances. 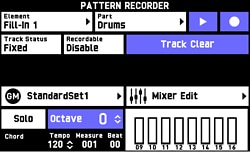 The Pattern Sequencer permits users to set and save original back-up styles. Besides providing accompaniment for solo instrumental and vocal performances, it serves as a second member of the band to manage guitar, drum, strings or other parts.

The Pattern Converter converts SMF data to rhythm data in the MZ-X Series format that can then be imported freely into the keyboard.

High-quality sampling is enabled at 44.1 kHz via the LINE IN or MIC IN terminal. Users can assign sounds to the pads as audio samples.
Various percussion sounds have been sampled and built in as pad tone presets, and the 16 touch-response pads can be used to add percussion arrangements to keyboard performances.

Players can use the touch-response pads to insert original preset phrases or any of the numerous built-in phrases suited to various musical genres into performances. When chords are specified in the Auto Accompaniment Mode, appropriate phrases are integrated naturally into the performance when the chords are played, deepening the music’s expressive power.
An original CASIO articulation function permits modification of sound production nuances during performances.

Chord progressions can be preset for automatic accompaniment. Chords can also be assigned to the 16 pads according to a song’s progression. The ability to modify chords simply by pressing a pad lets players devote both hands to the melody or to ad lib freely. 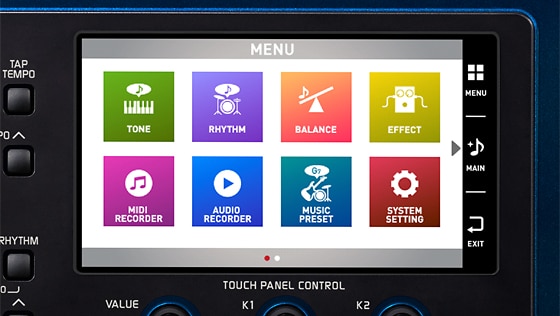 The 13.46cm (5.3″) color touch LCD affords intuitive operation. Touch control makes it surprisingly easy to call up impressive sounds and rhythms, and to adjust synth and effector parameters quickly and freely in real time. Users can leverage inspiration obtained through live shows and music production in their performances and compositions.
The cockpit design has the operation buttons and display laid out in front of the performer. Substantial improvements in display visibility and pad and knob operability provide smooth, stress-free control. 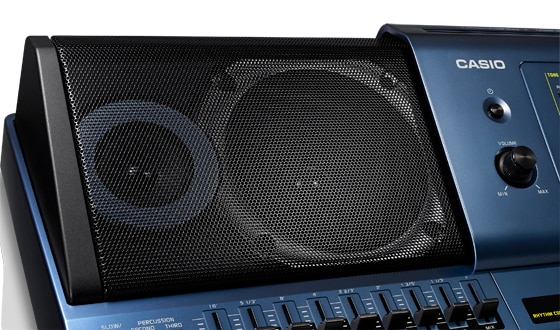 A large-capacity user memory enables players to save original tones and rhythms in the keyboard for use in later performances.
(MZ-X500: 256MB / MZ-X300: 128MB) 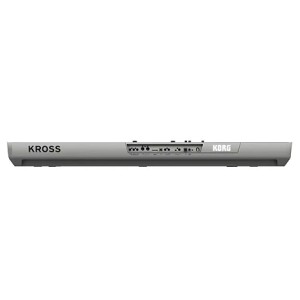 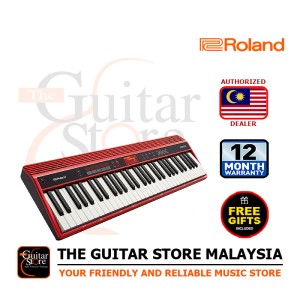 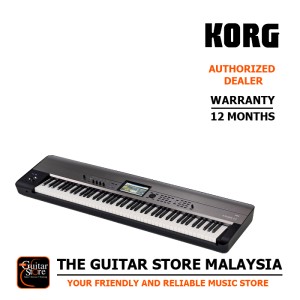